For sale. Baby shoes. Never worn. Ernest Hemingway’s famous six word story captures how a compelling story can be told in just a few words. It should come as no surprise that in the fast-paced, Twitter-dominated society we live in today, micro stories/flash essays/short-shorts are popular with readers and in demand by publishers. For creative writers, flash prose is often a rewarding form in which to write. Generally under 750 words and often under 500, flash prose pieces can provide a welcome break from longer projects while keeping our writing muscles active.

In addition, producing material appropriate for publication in a relatively short time can foster a sense of tangible accomplishment. In this one month workshop, you’ll learn how to craft short prose (nonfiction and/or fiction) for maximum effect through the use of helpful prompts, exchange critiques to help you polish your flash stories and essays for potential publication, and read examples of effective flash prose for class discussion about the craft elements that make them successful. By course end, you’ll be able to identify the elements of a successful flash prose piece, and apply learned techniques to your own creative work effectively. Expect to produce at least one polished flash story and/or essay in this class and to have a lot of fun!

What is flash prose?

So, what is flash prose? In simplistic terms, flash prose is a complete narrative, either fiction or narrative nonfiction, that tells a complete story in under 750 words, for the purposes of this course. This is an upper word limit, as some journals cap the word count at lower number.

Please submit a piece of writing, approximately 300 words, to demonstrate your mastery of written English. Note that the course will be conducted entirely in English, and students are expected to have a mastery of the English language. 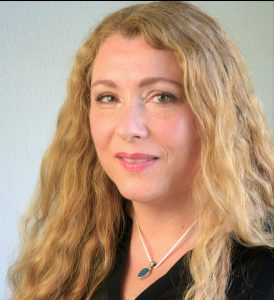 Mieke Eerkens is a Dutch-American writer who grew up between Los Angeles and The Netherlands. She earned a B.A. in Creative Writing from San Francisco State University, an M.A. in English Literature from the University of Leiden in The Netherlands, and an M.F.A. in Nonfiction Writing from The University of Iowa. She teaches creative writing online for the University of California Los Angeles Extension Writers’ Program and the Iowa Summer Writing Festival in Iowa City. Her work has appeared in outlets such as The Atlantic, The Rumpus, Los Angeles Review of Books, Pen America, PANK, Guernica, and Creative Nonfiction magazine. Her book, All Ships Follow Me: A Family’s Inheritance of War, is forthcoming from Picador in the United States, and De Geus in The Netherlands

This instructor is a pro. Her critiques were relevant and moved my understanding and craft competence forward. I would recommend her anywhere, anytime.

Inspiring and creative. Good work load. Brought a lot of information to my attention in a short time and made it enjoyable.